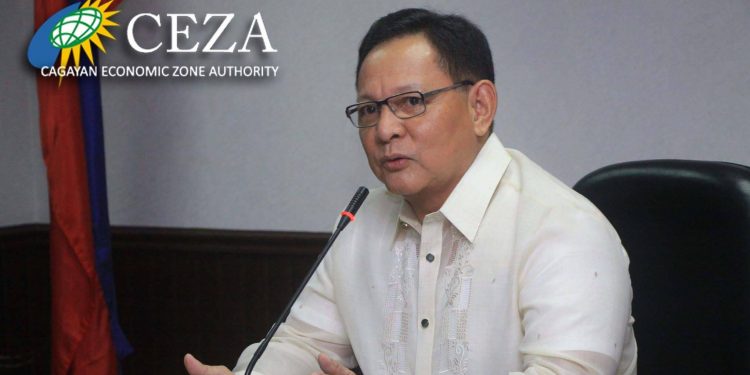 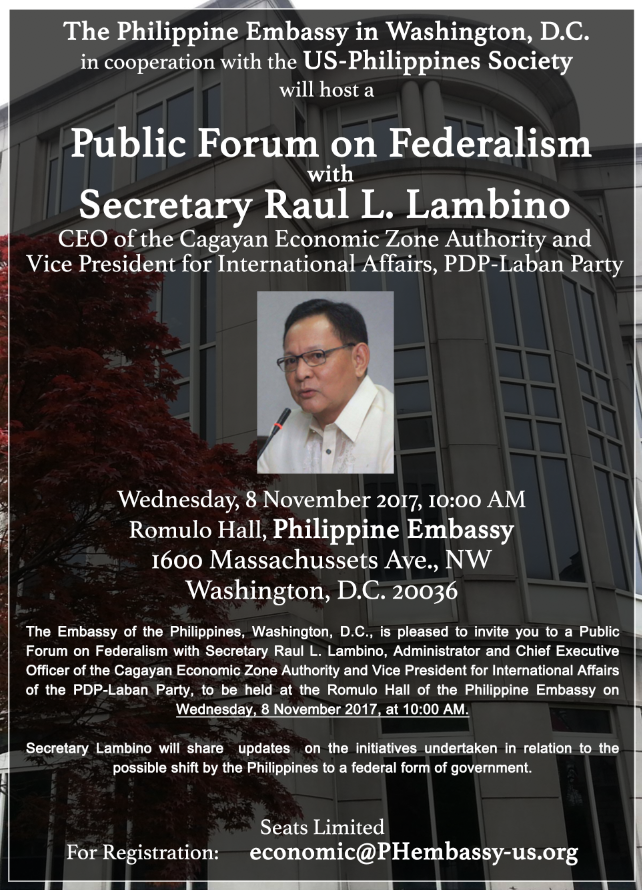 Secretary Raul Loyola Lambino serves as the Administrator and Chief Executive Officer of the Cagayan Economic Zone Authority (CEZA), a government-owned and controlled corporation tasked to manage the development of the Cagayan Special Economic Zone and Freeport (CSEZFP) into a self-sustaining industrial, commercial investment, financial and tourism-recreational center with suitable retirement  and residential areas. The Cagayan Freeport is located at the northeastern tip of the Philippines at the crossroads of international shipping routes between the West Coast of North America, Far East and Southeast Asia.

Lambino is the Vice-President for International Affairs and leads the International Department of President Duterte’s ruling party, PDP Laban.  He was formerly the Party’s Deputy Secretary-General for Constitutional Reforms.