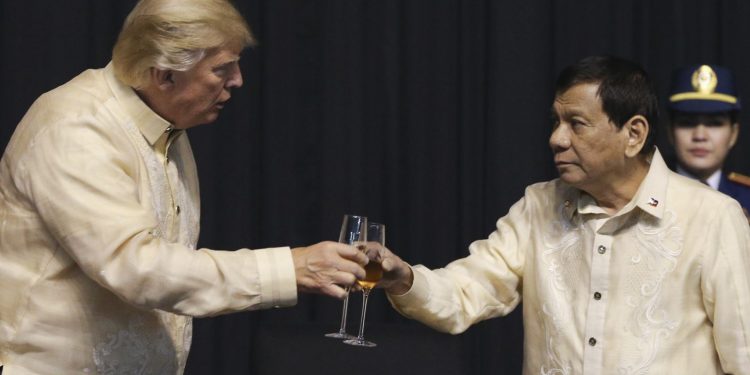 WASHINGTON — In his newly unveiled National Security Strategy, U.S. President Donald Trump vows to “ensure the balance of power remains in America’s favor in key regions of the world.”

The Indo-Pacific led the list of “key regions” identified by the White House, followed by Europe and the Middle East. How Washington will accomplish this strategic goal is being closely watched, as China, identified as a rival, shows no sign of lessening its interest in a region that is witnessing dramatic power shifts.

“The Trump administration’s new National Security Strategy is remarkably critical of China,” but “they have yet to explain how this approach will apply to and be implemented in the South China Sea,” two American scholars recently wrote, referring to a contentious issue considered reflective of American and Chinese strategic intentions.

While power politics unfolds, at least one country in the region appears willing to downplay territorial disputes, for now, in favor of strengthening its economic muscle.

In a year-end speech, Jose Manuel G. Romualdez, the Philippines’ ambassador to the U.S., focused the audience’s attention on his country’s economic growth, citing “a massive redevelopment of the country’s physical infrastructure” as a top priority for the Filipino government, led by Rodrigo Duterte.

Asked if the urgency concerning the South China Sea has receded, Romualdez gave a qualified yes: The situation has “calmed down in the sense that we’re now working with China on how to resolve the issues,” he told VOA. “There’s no new construction going on; if that’s how you describe ‘calm down,’ that’s what it is.”

His government, he says, is talking with China both bilaterally and through the regional platform facilitated by ASEAN, the Association of Southeast Asian Nations with 10 member states.

Earlier, China’s construction of artificial islands in the South China Sea, where several Southeast Asian countries, including the Philippines, contest sovereignty, was widely criticized as acts that deliberately changed the status quo.

China insists that the vast majority of the waters comprising the South China Sea has belonged to China since time immemorial. 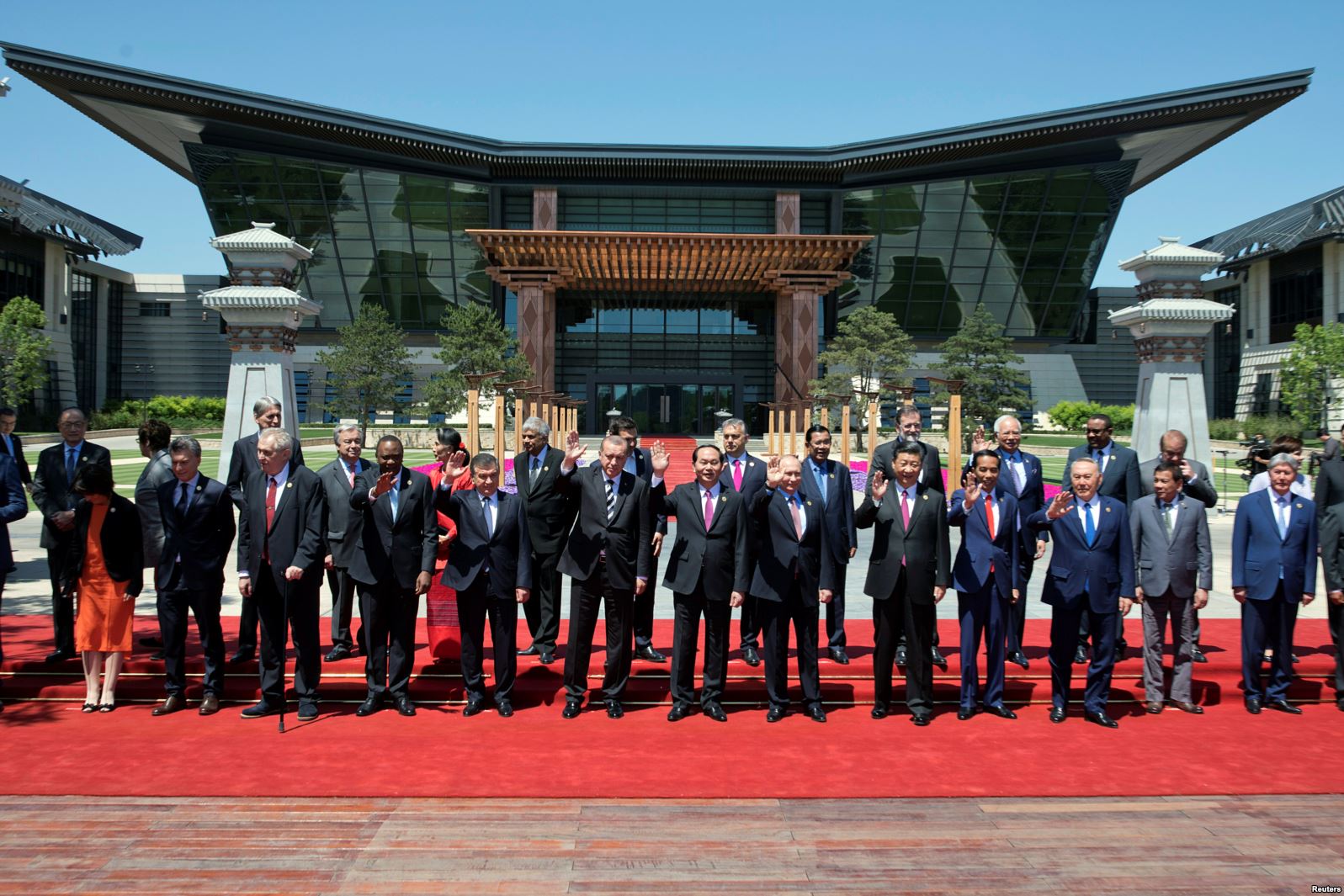 Leaders attending the Belt and Road Forum wave as they pose for a group photo at the Yanqi Lake venue on the outskirt of Beijing, China, May 15, 2017.

Since Duterte became president of the Philippines in June 2016, bilateral discussions between Manila and Beijing appear to be leaning toward trade and investments, and away from competing sovereignty claims.

China is now seen as bankrolling much of the Philippines’ ambitious infrastructure projects, and Washington has taken notice.

“China is investing billions of dollars in infrastructure across the globe,” the newly unveiled National Security Strategy pointed out.

To Washington, this could be worrisome.

“China and Russia target their investments in the developing world to expand influence and gain competitive advantages against the United States,” the security strategy asserted.

Romualdez, the Philippines envoy, defended his country’s broadening approach: “With a view in diversifying our markets, we have strengthened our economic development and relationships with other major trading partners,” he said. 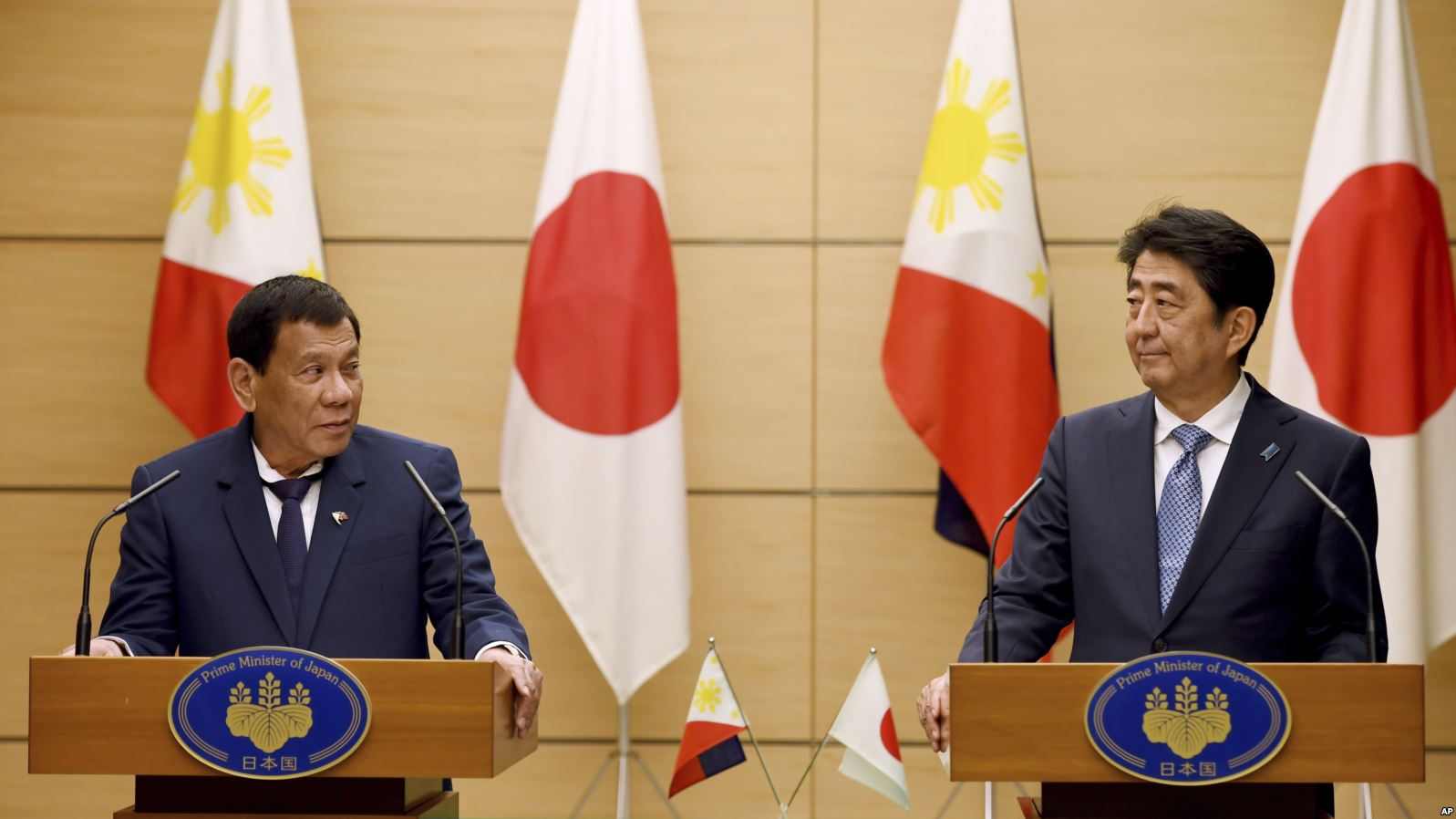 China and Japan ‘competing with each other’

Romualdez singled out agreements signed between his country and Japan, another regional power, to illustrate this multipronged approach, part and parcel of the Philippines’ “independent foreign policy” put forth by President Duterte.

Tokyo has agreed to fund a subway system in Manila as well as flood mitigation projects, he added.

Japan and China are “competing with each other” to be the No. 1 investor in the Philippines, Romualdez later told VOA.

“We would like to see more from the United States; they’re our allies and our friends,” he added.

While Manila’s chief diplomat in Washington spoke of multilateral ties through the lens of economics and investments, scholars are less hesitant to point out the inherent strategic factor.

In a paper published on the Center for Strategic and International Studies’ (CSIS) website dedicated to issues surrounding the South China Sea, a researcher at the Philippines’ National Defense College describes the current Filipino government’s approach as “less ground-breaking” but “more of a return to the hedging strategy habitually employed by many countries in Southeast Asia.”

Manila’s strategic partnership with Tokyo, in Mico A. Galang’s opinion, “forms a crucial component to the hedging approach.”

US must compete for positive relationships

Manila’s overtures to Beijing and Tokyo aside, U.S.-Philippines relations remain important to both, said Hank Hendrickson, a former U.S. diplomat and current executive director of the US-Philippines Society.

“A strategic partnership with the Philippines has been integral to America’s engagement in the Indo-Pacific region,” Hendrickson told VOA. “From a Southeast Asian perspective, the United States continues to play a stabilizing role as the balancer of choice.’”

The former diplomat says he is also encouraged by continued high-level engagement between Washington and Manila under the Trade and Investment Framework Agreement (TIFA) and Bilateral Strategic Dialogue (BSD). In addition, he points to both sides’ willingness to explore a potential free trade agreement following the Trump-Duterte meeting in Manila as among “concrete and positive measures” which, in his opinion, should encourage greater trade and investment between the U.S. and the Philippines.

The newly unveiled National Security Strategy indicates that Washington is waking up to an increasingly complex and competitive global environment.

“Today, the United States must compete for positive relationships around the world,” the document said.