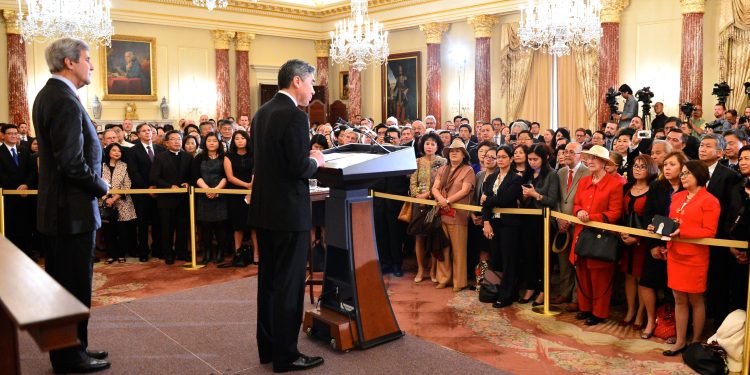 Photo: Courtesy of the U.S. Department of State
FacebookTwitterLinkedinMix

WASHINGTON, D.C. – At the November 3 swearing-in ceremony of Ambassador Sung Kim, Secretary John Kerry reiterated the U.S. commitment to the Philippines, stating “the United States continues to place a high value on the close ties that exist between our countries. We continue to recognize our ironclad commitment to the sovereignty, independence, and security of the Philippines. And we will continue to cooperate in efforts to maintain peace and stability, and to promote shared prosperity in the Asia Pacific region.” He hopes to visit the Philippines before his term ends on January 20, 2017.

The Secretary expressed confidence in Ambassador Kim’s qualities as one of America’s finest diplomats, with “a reputation for sound judgment, for hard work, for great intelligence, and for deep humility. There is no one better qualified than Sung Kim to represent the United States of America and to be our ambassador to the Philippines at this point in time.”

In attendance at the swearing-in ceremony held at the Benjamin Franklin Room, State Department, were members of his family, including wife Jae. Also present were Filipino-American community leaders, Asian-American supporters, Washington dignitaries, the press corps, and colleagues from the State Department, “his home for the past 28 years.”

Ambassador Kim, an Asian American, had the privilege of serving as the first Korean American U.S. Ambassador to Korea (2011-2014). On his return to Washington DC, he continued diplomacy work in the East Asia region, including travels to Japan and Republic of Korea to discuss North Korea policy, bilateral issues and regional security. During his confirmation hearing, Ambassador Kim stated that “if confirmed, I will work with Philippine President Duterte and his new administration to ensure our security cooperation remains strong and effective. This includes supporting Philippine efforts to peacefully reduce tensions in the South China Sea and help the Philippine Armed Forces better monitor the seas off their shore.” 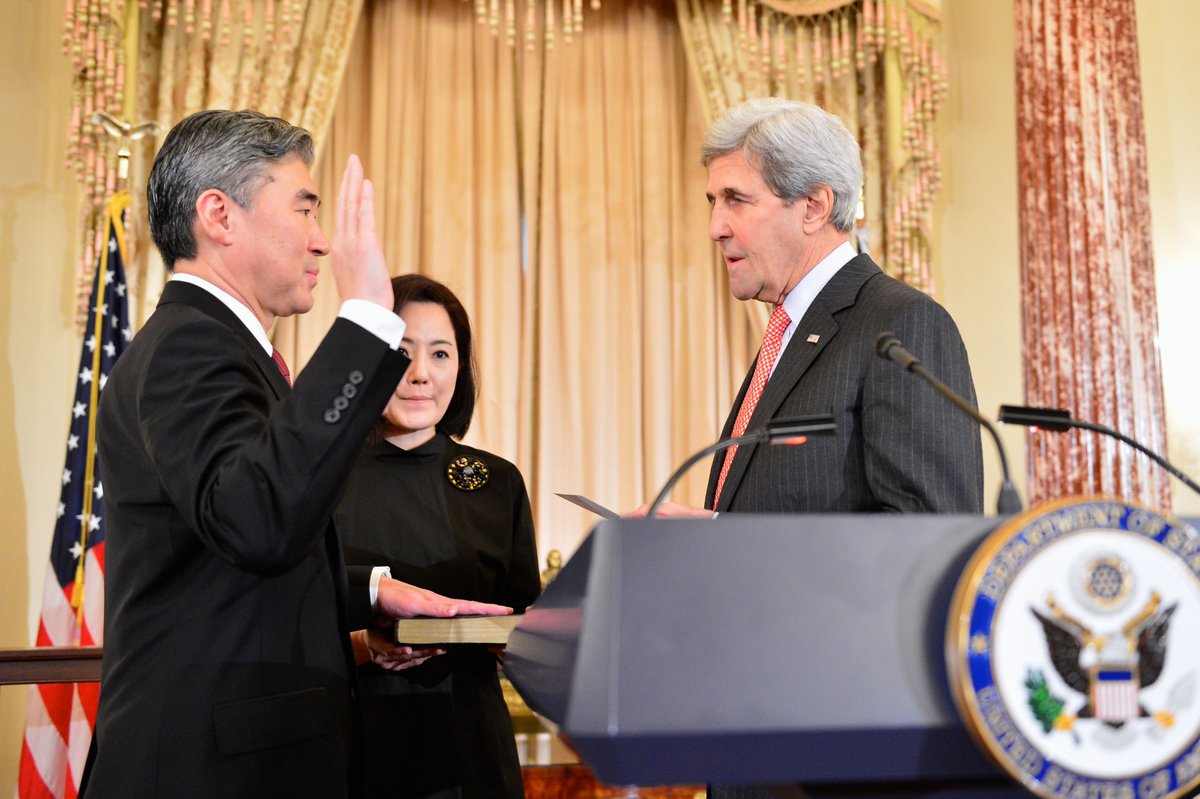 U.S. Ambassador to the Philippines Sung Kim (left) is sworn-in by Secretary John Kerry (right), with Jae Kim (center), holding the bible. Photo: Courtesy of the U.S. Department of State 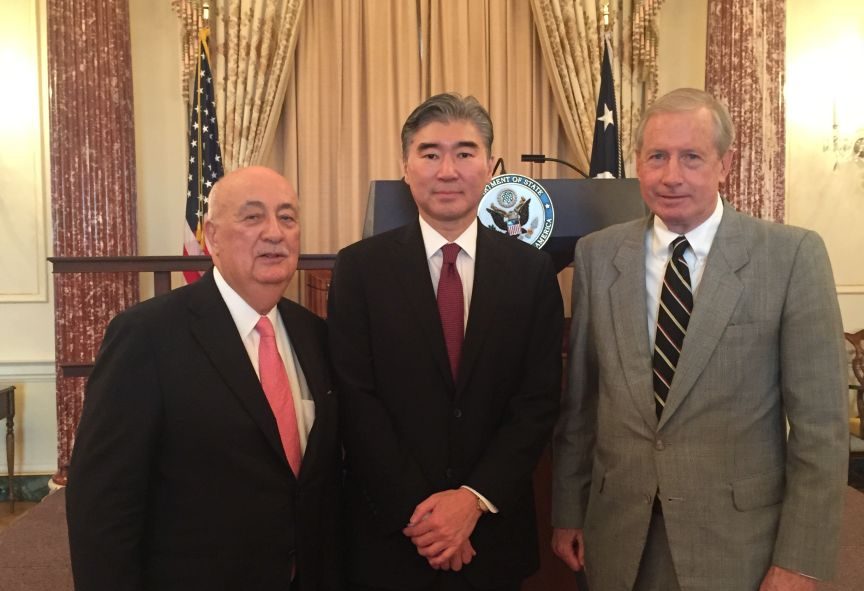 At the swearing-in ceremony, he told guests, “I’m thrilled to have the honor of representing our country in the Philippines, our oldest ally in Asia and special friend. The U.S. and the Philippines are and will continue to be close partners and allies.”