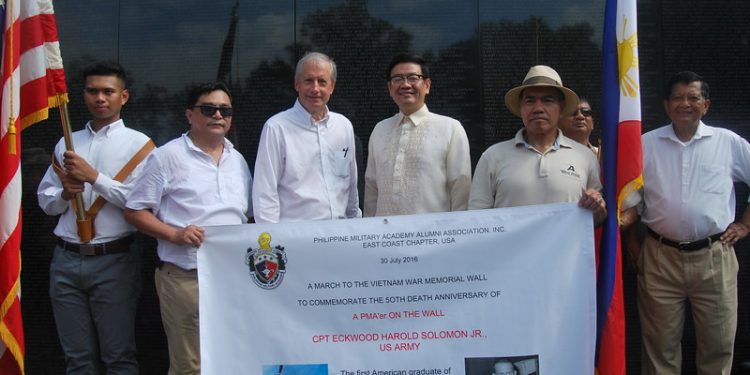 WASHINGTON D.C. – On July 30, U.S. and Philippine groups organized a ceremonial march to the Vietnam Memorial War Wall on the occasion of the 50th Death Anniversary of Capt. Ekwood “Kiko” Solomon, Jr. (11 March 1940 – 27 July 1966), the first American graduate of the Philippine Military Academy. Capt. Solomon chose to attend PMA on April 1959 to gain a unique and valuable experience in the Philippines. He was rewarded with friendship, admiration and respect by his Filipino cadets. Following various assignments, he volunteered for assignment to Vietnam where he was killed on July 27, 1966. His name appears on Panel 9E, Line 82 on the Wall.