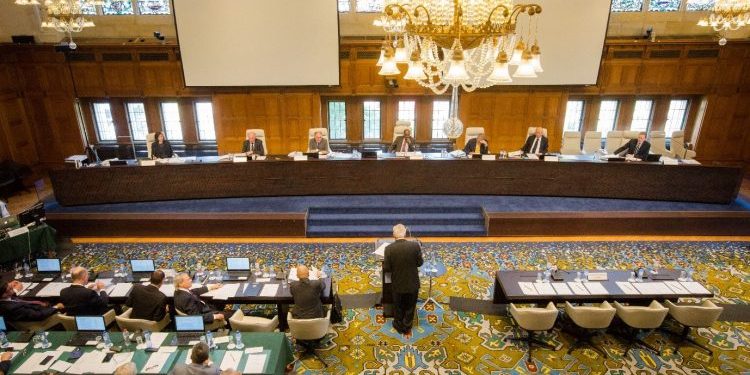 On July 12, 2016, the Permanent Court of Arbitration (PCA), an intergovernmental organization established by the 1899 Hague Convention on the Pacific Settlement of International Disputes located in the Hague, Netherlands, issued a unanimous Award in the arbitration instituted by the Republic of the Philippines against the People’s Republic of China.  The ruling was in favor of the Philippines in the dispute over the South China Sea.

According to the PCA press release, “[t]he Tribunal found that it has jurisdiction to consider the Parties’ dispute concerning historic rights and the source of maritime entitlements in the South China Sea. On the merits, the Tribunal concluded that the Convention comprehensively allocates rights to maritime areas and that protections for pre-existing rights to resources were considered, but not adopted in the Convention. Accordingly, the Tribunal concluded that, to the extent China had historic rights to resources in the waters of the South China Sea, such rights were extinguished to the extent they were incompatible with the exclusive economic zones provided for in the Convention. The Tribunal also noted that, although 2 Chinese navigators and fishermen, as well as those of other States, had historically made use of the islands in the South China Sea, there was no evidence that China had historically exercised exclusive control over the waters or their resources. The Tribunal concluded that there was no legal basis for China to claim historic rights to resources within the sea areas falling within the ‘nine-dash line’.”

In the July 12, 2016 press statement, Assistant Secretary and Department Spokesperson of the Bureau of Public Affairs John Kirby called the decision in the Philippines-China Arbitration “an important contribution to the shared goal of a peaceful resolution to disputes in the South China Sea.”

While the decision is still being studied and there is “no comment on the merits of the case,” Mr. Kirby restated the United States’ strong support of the rule of law and of “efforts to resolve territorial and maritime disputes in the South China Sea peacefully, including through arbitration.”