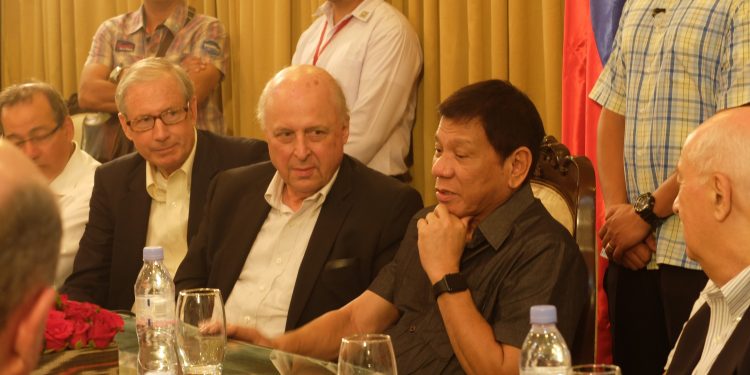 On June 24, 2016, Leaders of the US-Philippines Society met with President-elect Duterte in Davao to share views on the Society’s role in reaching American opinion-makers about new developments in the Philippines and learning more about policy directions under the incoming Duterte administration. The two-hour meeting included discussion of internal security threats from Abu Sayyaf and territorial challenges in the South China Sea. The President-elect described his policy priorities for enhancing peace and order, reducing corruption and red tape in the bureaucracy, addressing concerns about traffic congestion, strengthening environmental protection, and the reduction/elimination of criminality.

The USPHS delegation, led by Co-chairs M.V. Pangilinan and Ambassador John Negroponte, explained how the Society can provide a platform in the U.S. for amplifying the new administration’s messages on trade and investment, governance, and strategic issues. President-elect Duterte said his priority would be to tackle domestic challenges before traveling abroad, but that his economic team would welcome an early chance to work with the Society on programming designed to assure American investors of enhanced opportunities for business in the Philippines.

USPHS President Amb. John Maisto described the Society’s unique role as a bi-national private sector organization committed to strengthening bilateral ties. Cooperation with the Philippine government, especially through ambassador to the United States Jose L. Cuisia, Jr., has complemented official efforts to nurture a mutually productive US-PH relationship, that in the words of U.S. embassy DCM Michael Klecheski who attended the meeting, “has never been better.” 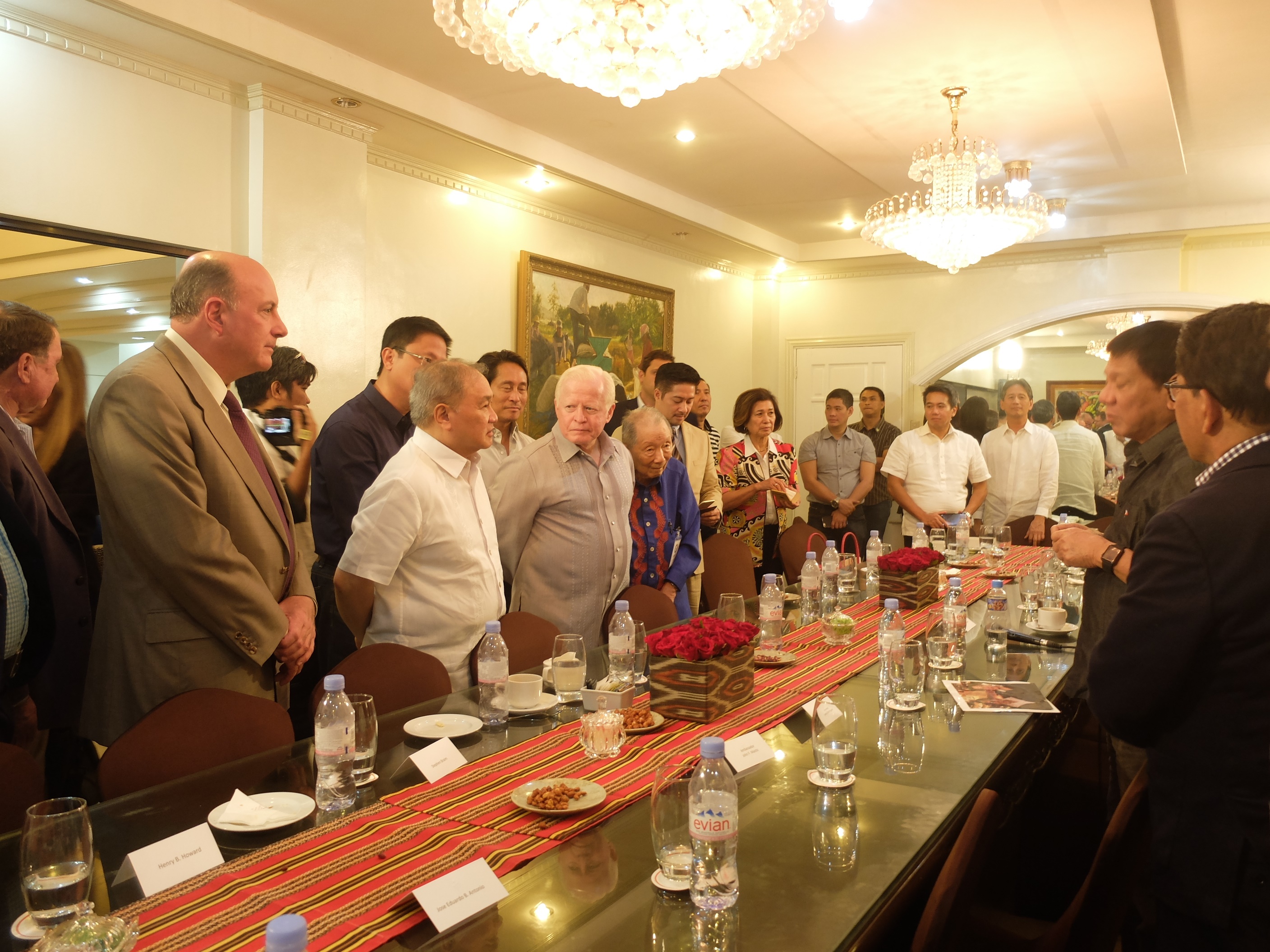 Co-chair Pangilinan and other business leaders engaged the President-elect on a range of business issues and pledged to work cooperatively with the new administration to promote Philippine interests. The USPHS board delegation included honorary chair Washington Sycip, and Ambassador Thomas Hubbard, along with representatives of top Philippine and American companies. Finance Secretary-designate Carlos Dominguez also participated and indicated his interest in forging closer ties with the Society.

Prior to the meeting, the delegation visited the Philippine Safety and Security Command Center (PSSCC) in Davao, a successful joint initiative to promote public safety by the local government under Mayor Duterte and the American technology firm IBM.

Ambassador Negroponte said the meeting succeeded in introducing the value of the US-Philippines Society to the President-elect, fostering personal relationships, and providing the USPHS board with an opportunity to gain first-hand insights into the new administration’s priorities, policies, style, and thinking.

The USPHS meeting capped a three-day program that included participation in a business forum in Manila with a well-received presentation by incoming NEDA Director General Ernesto Pernia sponsored by the Carlos P. Romulo Foundation and the Makati Business Club, a farewell call on President Aquino, and the Society’s annual Board of Directors meeting.

Business Mission and Board of Directors Meeting 2016