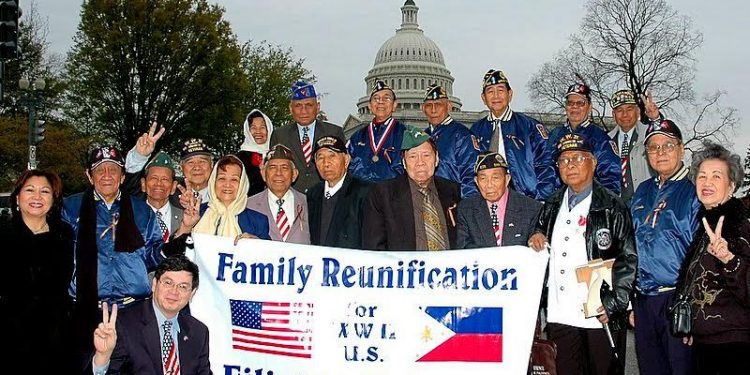 According to the official statement, on or after June 8, 2016 certain Filipino World War II veteran family members who are beneficiaries of approved family-based immigrant visa petitions can apply for a discretionary grant of parole on a case-by-case basis to come to the United States as they wait for their immigrant visa to become available. The policy will enable many eligible individuals to provide support and care to their aging veteran family members who are U.S. citizens or lawful permanent residents. This parole policy was announced in the White House report, Modernizing and Streamlining Our Legal Immigration System for the 21st Century, issued in July 2015. An estimated 2,000 to 6,000 Filipino-American World War II veterans are living in the United States today.

The policy recognizes their extraordinary contributions and sacrifices of Filipino veterans who fought for the United States during World War II. It also enhances the ability of such elderly veterans or their surviving spouses to obtain care and support from their family members abroad who are awaiting immigrant-visa issuance to come to the United States and be with their loved ones.

Filipino veterans welcomed the initiative. According to the May 10 press statement of the American Coalition for Filipino Veterans, Inc. a Washington-based advocacy organization uniting the officers and members of the Coalition extend  “their deepest appreciation and thanks to President Barack Obama for ordering and finalizing the parole visa family reunification program for the sons and daughters of Filipino American WWII veterans.” The officers and members of the coalition praised the USCIS’ publication of the regulations and details of the “Filipino World War II Veterans Parole” (FWVP) policy and application process in the Federal Register.

Filipino World War II veteran Maj Gen Lorenzana is also delighted with this development: “Our veterans have been waiting for this for close to one year since President Obama signed the Executive Order in July 2015. I thank the DHS for speedily coming up with the Implementing Guidelines so that the elderly and ageing Filipino WW2 veterans residing in the US can be joined by their children.”

Detailed information about the Filipino World War II Veterans Parole Program-including guidance on eligibility, the application process and where to file-is available in the revised Form I-131 instructions provided by the USCIS.