Viewing US-Philippine Trade and Investment in a Strategic Context 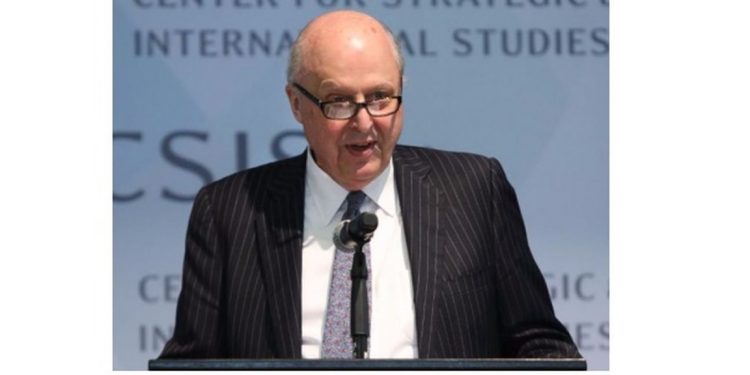 WASHINGTON D.C. – A June 24, 2015 conference on the Philippine economy at the Center for Strategic and International Studies (CSIS), co-sponsored by the US-Philippines Society and the Philippine Embassy, offered a timely forum in the wake of U.S. Congressional action on TPA for top Philippine government officials and private sector leaders to call attention to trade and investment opportunities, review the Aquino Administration’s impressive economic record, and announce Philippine interest in acceding to the TPP.

While discussion focused on trade and investment, it is clear that strengthened business ties between the U.S. and the Philippines have strategic as well as commercial benefits for building the kind of 21st century bilateral relationship both countries are seeking.

Placed in a strategic context, US-Philippine economic ties stand as one of four key pillars in sustaining a durable Philippine-American relationship. Other pillars are shared interests, shared values and a shared history.

Washington was a fitting starting point, a place where major firms have high level representation and where we seek to encourage strategic thinking. Placed in a strategic context, US-Philippine economic ties stand as one of four key pillars in sustaining a durable Philippine-American relationship. Other pillars are shared interests, shared values, and a shared history.

By “shared interests”, we refer to “big picture” strategic concerns about ensuring regional stability, cooperation, and prosperity throughout the Asia-Pacific area. Security ties and military-to-military cooperation at agreed levels under the US-Philippine Enhanced Defense Cooperation Agreement, counter-terrorism coordination, and maintenance of unrestricted access to internationally recognized sea and air space in the region are shared interests pursued, managed and nurtured through well-established constituencies in both Washington and Manila.

“Shared values” includes common democratic traditions and aspirations of Filipinos and Americans. This refers to structures of government with an independent judiciary, a legislature representing the people, and an executive branch setting a standard for leadership, establishing the national agenda, and attracting people capable of implementing policies. It also includes support for an engaged civil society, free press, and commitment to minority rights. A web of contacts in these areas forms another set of constituencies in both countries that can and should be reinforced.

“Shared history” is an inescapable pillar in the relationship. I have made the point that the Philippines is a logical anchor in Southeast Asia for the U.S. “rebalance,” owing to that country’s progress in governance and economic development, but also because of our unique historical ties. We marked 110 years after Taft returned from forging the earliest links in a cooperative relationship, 70 years after liberation and victory in the Pacific War, and next year, the 30th EDSA anniversary, when Filipino people showed the world courage and a reaffirmation of values. A shared history underpins people-to-people ties, including through the 3.5 million-strong Filipino-American community, and is a basis for initiatives such as the US-Philippines Society that work to raise awareness of exciting developments in today’s Philippines and to strengthen bilateral ties.

The economic and commercial pillar – focus of the conference – is vitally important at two levels. First, expanded trade and investment produces positive economic benefits. It provides governments with more resources to invest in public services and build defense capacity, for example, and spurs job creation that can lift workers out of dependency and poverty. Second, in bilateral terms, expanded two-way trade and investment has a strategic payoff. American firms benefiting from commercial ties with the Philippines become advocates in this country for the relationship and form a backbone element in the constituency for strengthened overall ties.

Recently I was privileged to join Ambassador Cuisia in observing Philippine Independence Day along with senior members of Congress and Veterans Affairs Secretary Bob McDonald, all of whom spoke enthusiastically about the importance of the relationship. Those voices can and should be strengthened through expanded business operations. The Philippines has significant advantages for the American investor, including a reliable, savvy, well-trained and dependable workforce, use of the English language, and familiar rules-based institutions. All this and more will be on display this fall as the Philippines hosts APEC 2015.

Much has been done, but there is more to do. Conference participants described what the Philippine government is doing to make the country more business-friendly and sustain strong growth trajectories – a truly impressive record. They assured potential  investors of policy continuity through the electoral transition in 2016. But, officials and private sector leaders in the Philippines are also well aware of how far other countries have moved in the direction of opening their economies and liberalizing trade. They will gauge how, and how far, their country will need to go in order to participate fully in 21st century trade arrangements. Those decisions will have a direct impact on investor sentiment. Astute Philippine business leaders benefiting from the country’s domestic takeoff will also want to look at outward investment strategies, including opportunities in the United States.

Business travelers to the Philippines these days come away with a palpable sense of energy and innovation. In January, I spoke in Manila about some good news stories to illustrate the growing dynamism also highlighted during the June 24 conference. When I served as ambassador to the Philippines in the mid-’90s, activity had ceased at Subic and Clark. Now, just 20 years later they have been transformed into thriving commercial and transportation hubs. I pointed out that at the height of U.S. military operations, those bases had about 45,000 Filipino employees. Today, the number in the two economic Freeport Zones is roughly 175,000, and more is possible.

Other examples are playing out across the country where creative thinking is leading to higher value investments that generate economic activity and produce jobs locally. I have been particularly impressed by the Philippines’ evolving role in global maritime affairs. Just two months ago, the US-Philippines Society co-sponsored a forum on the substantial Philippine participation in that critical sector of the world’s economy. That forum also at CSIS was part of a four-day program in Washington during a visit by Filipino legislators and private sector leaders in the maritime industry, including Society director Gerardo Borromeo. Emerging from that visit are proposals supported by the shipping industry to attract investment by establishing more centers of manufacturing excellence with power, skilled resources, and infrastructure linked to Freeport Zones. Expanded capacity at Subic and through extension to Clark, and elsewhere in other regions, will further enhance the attractiveness of the Philippines as an investment destination, provide global maritime connectivity inbound and outbound, stimulate the domestic maritime industry, make transport systems more cost-effective, and enable the country to leverage its position off the maritime industry in new ways.

This is the kind of strategic business thinking that makes the Philippines such an exciting place — the kind of destination that should command the attention of American investors seeking opportunities and positive returns, and, of course, as advertised by the tourism folks, having “more fun” in the process.

Finally, I was pleased to take the occasion of the business conference to recognize Honorary Chair Hank Greenberg with the 2015 Carlos P. Romulo Award. The citation fittingly credited him with”indispensable support for the US-Philippines Society”and for “exceptional service in strengthening ties between America and the Philippines.”  Mabuhay!